Get started with the Gmelius University

How To Install Gmelius across a Google Workspace domain

Is Gmelius available on mobile?

How to migrate from Google Groups to Gmelius

Switching to Gmelius from delegated inboxes and single sign-ins

How to create a shared inbox

How to create a shared inbox for a primary email address

How to create a shared inbox for an alias

How to create a shared inbox for a Google Group

How to manage emails in your shared inbox

Troubleshooting a Shared Inbox created from a Google Group

Manage users of a workspace

How to send emails and reply from a shared email address

How to stop sharing an email conversation?

How to rename a shared inbox

How to create an email alias

How to consolidate multiple email addresses into one shared inbox

Prevent forwarded emails from being shared

How to manage your shared inbox with the Board View

How to create a board

How to add and use task cards

How to add an email to a board

How to create a board of your inbox

How to add attachments in boards

How to use automations with Boards

How to delete a board

How to edit your shared labels

How to manage and apply shared Gmail labels

How to filter emails in shared label by assignments or status

How to add email notes and @mentions

How to add Loom attachments in notes

How to add files in notes

How to use the Analytics

How to delegate an email from your inbox

How to create and use tags

How to use workspaces?

How to create and use custom views

How to avoid double replies

How to use shared conversation permalinks?

Emails are not arriving in the shared inbox

How to be notified of assigned emails?

How to view the full history of a shared email conversation?

How to use the multiple inbox view

How to use Gmelius advanced search

Pin the "Mine (all)" in your inbox

How to create a rule

How to set-up an autoresponder

How to create alerts for shared inboxes (SLA)

How to automatically assign emails (including round robin and load balancer)

How to add and use business hours

How to create and use email snippets

How to use a template in Gmail

How to insert images in a template

How to add attachments to a template

How to add smart variables to a template

How to manage your email templates

How to create a meeting

How to schedule meetings from your inbox

How to connect your Zoom account to Gmelius Meetings

How to create a sequence

How to add contacts to a sequence

How to edit an active sequence

How to pause a sequence during the weekend

How to unthread emails in a sequence

How to create and edit campaigns

How many emails can I send each day with campaigns?

Understanding the difference between a single-stage and a multi-stage campaign?

How to add an unsubscribe link

Why my campaign is not sent to all contacts?

How to stop a multi-stage campaign?

How to export my Google contacts to a CSV file

Understanding the analytics of your campaign

How to set up a campaign with SMTP

How to track an email

How to know if my emails have been read

How to enable per-recipient tracking

I get an open notification when checking my sent emails

Email tracking is not working

How to schedule an email

How to set a recurring email

Understanding the difference between snooze and follow-up?

How to customize snooze and follow-up behavior?

Snooze and Conversation View mode OFF

How to use automatic Bcc or Cc in Gmail

How to connect Gmelius to Gmail

How to connect Gmelius to Slack

How to connect Gmelius to Trello

Do you have an API?

How to add and manage users

How to transfer a Gmelius subscription to another account

How to cancel your subscription

Difference between my legacy plan and the current ones

How to update my billing details

Do you offer any discounts or coupons?

How to upgrade to a paid plan

How to clear my local storage

My signature is not updated on my templates

How to fix the Err_Connection_Reset error

How to know if my issue is related to a conflict or not?

Why is authentication required?

What happens at the end of my trial?

Do you have a public roadmap?

Is Gmelius available in another language? 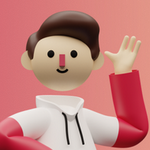 Updated 1 year ago by Gmelius

The timely execution of Gmelius services is critical to enabling your workflows to operate smoothly. The article below outlines target SLAs and limitations for various features in Gmelius. These features can include email sequences, sync events, and evaluating and processing rules.

We have built our system to be highly scalable and performant while ensuring your data is secure. As such, here are the performance expectations:

Typically, sequence stages will take under 5 minutes to process. Occasionally they may take up to 60 minutes if there are extreme spikes in simultaneous sequences being sent.

Sequences are limited to 500 per user.

Most rules are executed within a few minutes from the time they are triggered. Occasionally they may take up to 120 minutes if rules are extremely complicated.

Gmelius may limit the number of emails sent by a single user in a day as described in the article here. This helps ensure users are not rate-limited by Google. If you wish to bypass these quotas, Gmelius supports custom SMTP servers.

Campaigns are limited to 100 per user.

To ensure the most responsive experience on the platform, the following sharing limitations are hardcoded in Gmelius:

In addition to the hardware requirements applicable to your operating system, the Gmelius Extension requires at least 8GB RAM installed on your system for optimum performance. Users in lower RAM environments may encounter slow performance. The Gmelius extension also requires that your display supports a resolution with a width of at least 1280 pixels. A narrower display width may result in loss of functionality.

Gmelius do not support Chromium-based browsers other than the official Google Chrome release.

Other apps that make Gmelius available, such as Shift, Mailplane, Wavebox, and similar tools, are not supported by Gmelius. If you encounter an issue using Gmelius in one of these tools, contact the tool vendor for support.

How did we do?